Spielberg is located in Middle Franconia – approx. 60 km away from Nuremberg – on the northern edge of the Franconian “Hahnenkamm” (a mountain ridge in Bavaria, Germany, called “cockscomb”). On the hill of this picturesque place is the Spielberg Castle and underneath the castle hill is the guesthouse Gentner. For more than 150 years, the Gentner family has run this country estate in Spielberg but its history dates back even further. During the 17th century, the estate had been the brewery and building yard of the Spielberg Castle.

The estate´s servants provided for the family of the lord of the castle and accommodated their guests. Today, we spoil our guests with culinary delights in a house which is almost 400 years old. Anybody who enters the guesthouse makes a journey through time as its look has not changed since the 19th century. Back then, around 1850, the brewery was built. Up until 1975, the Gentner family had brewed their own beer there. Even today, the visitors of the Spielberg Castle like to combine their excursion to the castle with a nice meal at the guesthouse.

The Gentner family has preserved their property respectfully and has modernized it with all due regard. With the furniture and flair of the good old days, new life has been brought to the premises without giving up on today´s comfort. 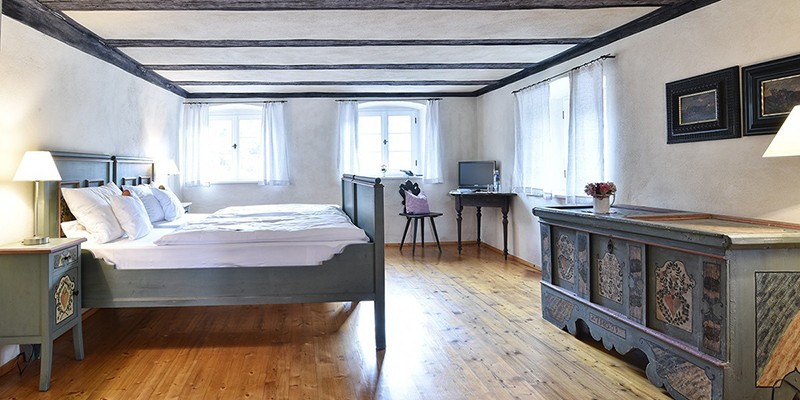 In the guesthouse, our guests will find rest and relaxation. Whether they choose the “Herzl’”-room or the “Mehlkammer” – all of our rooms are furnished differently and promise an atmosphere in which you feel good. We have kept the historic substance- not only in our name, but also in the furnishings and layout of the wide, bright and cozy rooms. All of them are furnished in a simple but noble manner. Those traditional Franconian pieces of furniture originate from our family property. You can feel the security of the good old days and enjoy modern comfort at the same time. Additionally, free wifi is available in all of our rooms.

Our chef the cuisine Oliver Marschall uses regional and seasonal ingredients to prepare exquisite dishes which we are pleased to serve you at the restored tables in our originally wood paneled restaurant.

Whether you plan a weekend to relax from work, a dinner for two, a family celebration or a seminar for managers: You will fondly remember your stay at the guesthouse Gentner.

We are pleased to welcome you! 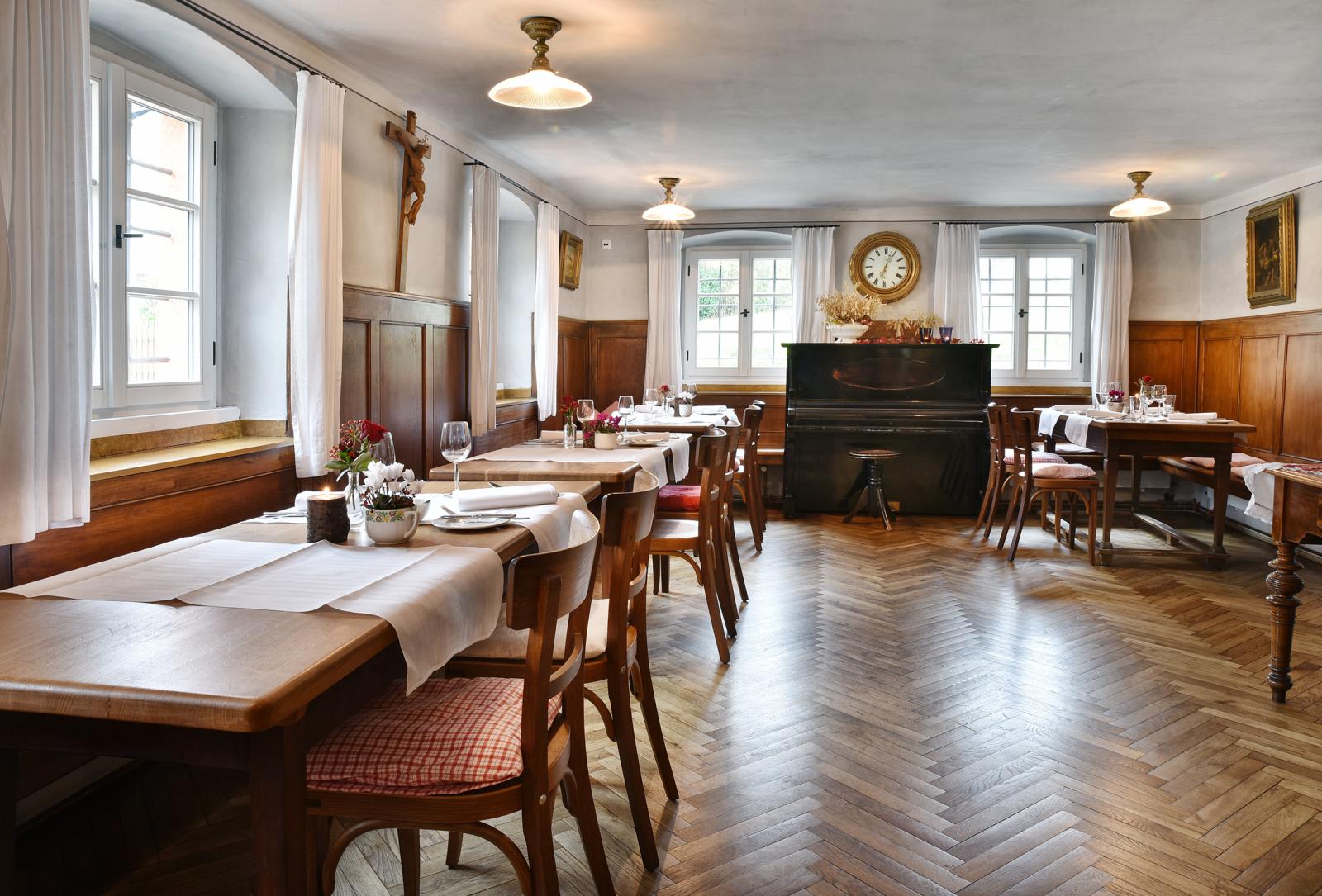